Nick Lightfoot and the Team

Orienteering, the sport that combines map reading and running, is becoming increasingly popular with school children across South Yorkshire with thousands getting a taster in school, and hundreds competing regularly in the popular schools league. Earlier this year a team of 40 youngsters, 12 of them from Sheffield, travelled to Estonia to represent England in the World Schools Orienteering Championships. Six of the team were from High Storrs and they’ve been describing their experiences including how team member Euan managed to win two Gold medals!

Following encouraging results in the British Schools Orienteering Championships in 2017 a group of High Storrs pupils set out to see if they could qualify for the 2019 World Schools Championships in Estonia. The boys team of Euan, Jamie, Olmo, Dylan, Alfie and Benjamin were joined by Alex who was aiming for an individual place in the senior girls team. This is their account.

Although Euan, Jamie and Alex were experienced orienteers, the rest of us had rarely competed outside of Sheffield so the selection race at Tockholes in Lancashire was going to be a challenge. We are all members of the local club South Yorkshire Orienteers who run weekly club nights with a mixture of running training and map exercises based at High Storrs in the winter and local parks in the summer, and monthly coaching sessions practising more advanced map reading skills in local woods. In the run up to the selections we got together for extra coaching from Jamie’s Dad (Nick), and Alex’s brother (Ryan), a High Storrs Sixth Former. We had indoor sessions looking at relevant maps and playing a new orienteering simulation game called Virtual O, plus some forest training. The practice paid off we all managed to finish the selection race and this combined with wins for Jamie and Euan at the British Schools Championships were just enough to see off challenges from Torquay Grammar and Ulverston High, so we were selected to represent England in the Junior Boys School class. Alex also did enough to win a place in the Senior Girls Select class along with 4 other girls from schools throughout England. Unfortunately we found out that only 5 of the team could travel to Estonia so Benjamin generously offered to step aside as his music commitments meant he didn’t have as much time for training.

Estonia was going to be an even bigger challenge so as part of our preparations we met with former GB internationals Rachel Rothman and Oli Johnson who’d competed in the same forests at the European Championships in 2006. They told us all about the terrain in Estonia and international competitions generally and gave us tips for training and competing. Sheffield has a surprising variety of woodland so we were able to practice in terrain with similar challenges to Estonia as well as resuming the indoor map sessions this time looking at Estonian maps. Alfie became a bit of a beast at Virtual-O, which added to our confidence!

Ahead of the competition we met up at Sheffield station wearing our smart new England tracksuits and travelled down to Birmingham Airport to meet the rest of the team for a 6am flight to Estonia. The team kit was useful for the coaches to keep track of us and a good advert for orienteering as people asked us what we were doing. The tracksuits inspired the name of our WhatsApp group – ‘Team Penguin’. We just managed make it through Frankfurt airport despite Euan getting stopped in security with a bottle of iced tea in his luggage and when we bumped into the Austrian and Spanish teams on our connecting flight we realised this really was a real World Championships. On arrival in Estonia we piled into a coach for the two hour journey from Tallinn the capital to Otepaa the ski capital of Estonia and the venue for the competition. Estonia is similar to Sweden, the home of orienteering, quite flat with loads of forests and the occasional lakes. Otepaa was a bit hillier and there were a few patches of snow, which excited the Brazilians, but no mountains – turns out they do cross country skiing and ski-jumping. The journey turned into a race to our hotel with the Austrian and Spanish coaches which we lost but made up for it by getting into dinner first – a feat which we mastered for the rest of the week.

Our first full day in Estonia included a model event in forests adjacent to the competition where we could check out the maps and terrain. Some bits seemed vaguely familiar from our map sessions back home but now we could really check out runability of the forests and marshes and which features were included on the maps. Later on all the teams assembled in the local sports stadium for the opening ceremony – 600 competitors from 24 countries including teams from China, Russia, New Zealand, Israel, Brazil and all over Europe. The flag parade was followed by some traditional local dancing, which is a big thing in Estonia and was actually pretty cool especially when viewed on the big screen from the overhead drone. Finally after a few speeches an Olympic style torch formally opened the event. Turns out even the opening ceremony was being streamed live on the internet so Mums and Dads could check we weren’t picking our noses or anything!

After nearly a year of planning and training the morning of the first big race finally arrived – the coaches kept telling us to relax, which we seemed much better at than them, although Euan was a bit quieter than usual – apparently he was getting into the zone or something. Before the start we all had to hand in our phones and go and hang out in the ‘quarantine’ area at a local school so late starters can’t get advice from early finishers (orienteering is a time trial and for big races you start at 2 minute intervals to discourage following). Jamie was the first of the team to start and at the finish he had the fastest time of the early starters so got interviewed on the TV – something we hadn’t practiced but he was pretty good. The rest of the team finished one by one with tales of tricky control points but all enjoyed the challenge of running in foreign terrain - we joined the spectators waiting for the climax of the race and the later starters which included Euan.

Due to a technical hitch Euan had no early split times from radio controls but just when we started to worry he appeared in the distance and finished in just under 31 minutes – fast enough to take the Gold medal by 45 seconds. Euan managed to dodge the post-race interview and we all went to get our lunch before Euan had to go and drown in flowers and flags at the medal ceremony. Jamie ended up in a creditable 19th position out of 75 competitors and with Olmo, Dylan and Alfie all posting good times the team was in 6th place with just the Middle distance to come. Alex was happy to complete her first international competition with a mostly clean run and without getting distracted by other runners finishing 56th place.

The next day was supposed to be a ‘rest day’ but after the usual 7.00 knock on the door and hurried breakfast we piled into the coach and headed to the university town of Tartu for a bit of culture. It was actually quite fun with a couple of hours in a really cool science museum after which they gave us an iPad with a special orienteering style app which took us on a rain drenched tour of the city asking questions as we went – the coaches also took part but cheated by taking our Estonian guide with them to help with the answers. After lunch each country set out stalls and shared traditional snacks, orienteering maps and other information so we could learn a little about each other’s countries. The cultural day ended with a 5 minute performance by each country including the French lads doing the can-can, some cool Belgian chanting, Finnish jenka, New Zealand haka, and a mass Macarena. The Scots insisted on wearing skirts as usual and we managed to pull off some quite intricate dance moves and stick bashing thinly disguised as Morris Dancing.

The temperature dropped dramatically for the Middle Distance race and there were flurries of snow, presumably arranged by the organisers to impress the Brazilians. The courses were shorter but trickier than the Long Distance. Jamie and Olmo had a few more problems but Dylan managed to avoid any big mistakes and finished before the fast Fin who started 2 minutes behind him. Alfie had another confident run with just one big mistake and although Alex couldn’t better her Long Distance result she enjoyed her first international race and proving her skills in the challenging foreign terrain.

Once again it was Euan who was last of the team to start, and if anything seemed even more quiet and focussed before the start. This time he was picked out by the commentators with fast times at the radio controls, but could he hold on for the win. With the technical challenges and mental pressures in orienteering it’s rare for the same runner to win twice in a row in major championships, but Euan pulled it off sprinting in to take double Gold – a first for the English Schools team. Despite Euan’s heroics the team slipped back a place to 7th but still an excellent result from a young and inexperienced team. Afterwards Coach Nick congratulated us all, especially Alfie who in just a year had progressed from novice courses in Sheffield parks to racing at a World Championships.

With the serious competitions out of the way, the last day was the highlight of the week for most of us, kicking off with the Friendship Event where we teamed up with runners from other countries for a mass start race in which teams of three had to visit all the controls between them as fast as possible meeting up at two intermediate checkpoints and the finish along the way. It was great fun work together with people from different countries instead of competing against them. Afterwards there was a mass kit swap with much haggling led by Jamie who managed to secure one of the coveted black New Zealand tops from the guy he’d met at the Long Distance race.

Back at the hotel there was time for a sauna and swimming in the lake and we played football and basketball against some of the other teams. It was especially sweet to beat the Fins after they’d dominated our class in the orienteering! In the evening the Estonians unveiled yet another venue, a massive brand new sports hall at our hotel complex which hosted the closing ceremony and party. We had to endure more speeches and dancing (this time modern stuff) but got to cheer the England Senior Boys team who beat the Scandinavians to take the overall Gold medal – respect! Eventually we all piled, shoes off, onto the dance floor with 600 other kids with Dylan and Euan were crowd surfing whilst the rest of us leapt about using up our last bits of energy. A memorable end to what had been a fantastic week.

We brought home memories of orienteering challenges, sharing in Euan’s success, meeting people from all over the World, learning a little about other cultures, and, of course, having fun. We’d like to thank all the organisations who supported us including South Yorkshire Orienteers, YHOA, Jack Bloor Fund, BSOA and Orienteering Foundation and especially Dave, Mel and Pauline for organising things, and Nick and the other coaches for help along the way.

High Storrs School and The World 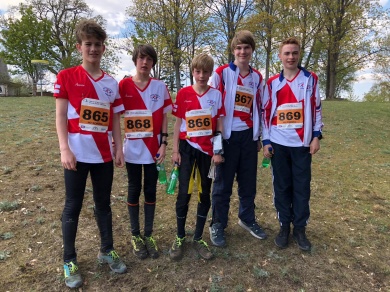 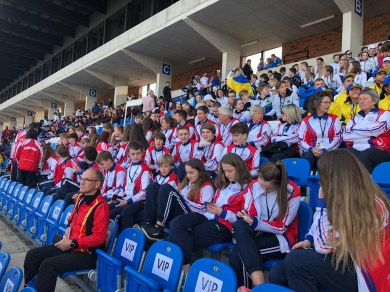 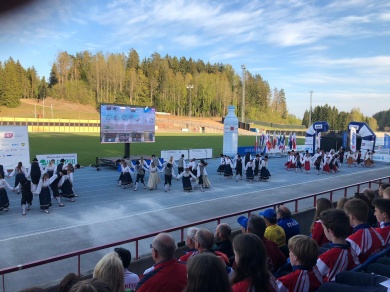 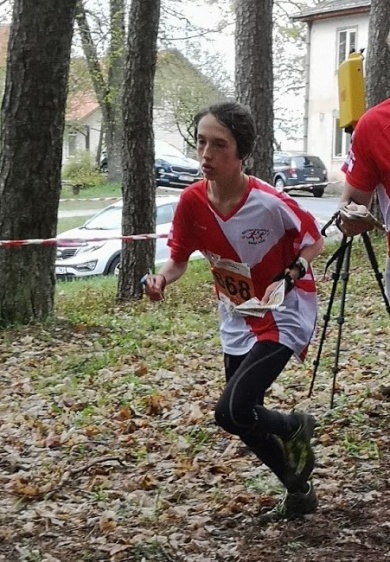 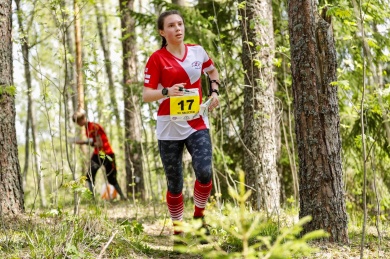 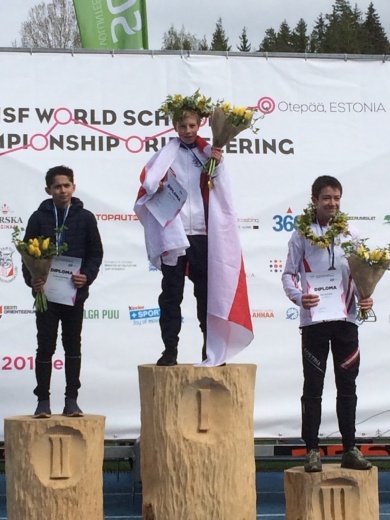 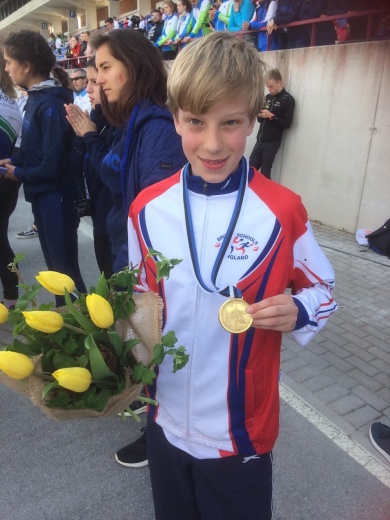 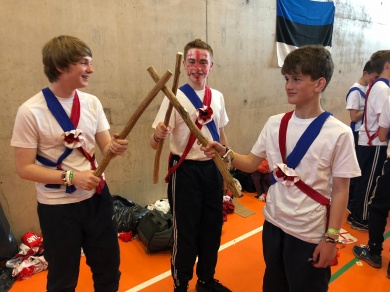 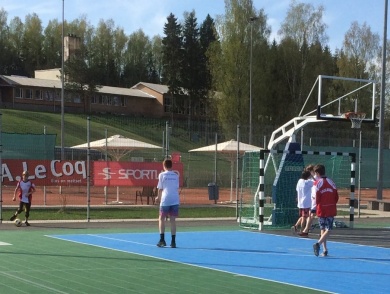 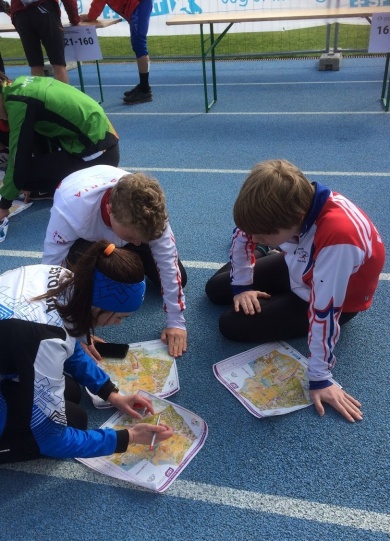 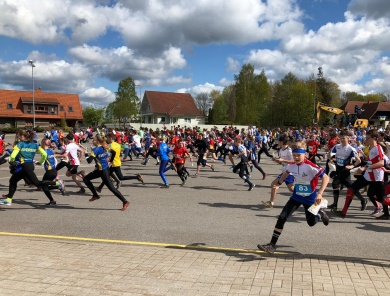 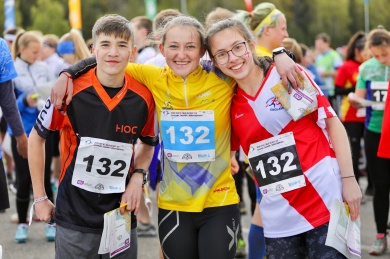 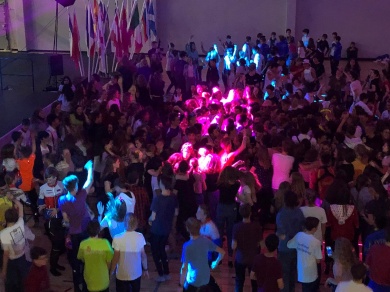